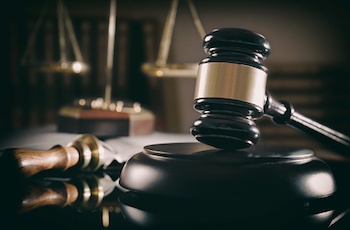 In appraisal rights claims, the price paid in a merger may not represent “fair value,” especially when the deal involves related parties. This article summarizes a recent Delaware Chancery Court case, where the judge concluded that a deal price is only as reliable as the process that was used to negotiate the transaction. In the absence of a “competitive and fair auction,” the court will rely on other valuation methods instead.

A fundamental question in appraisal rights litigation is: Does the price paid in the transaction represent “fair value”? A recent Delaware Court of Chancery case — Dunmire v. Farmers & Merchants Bancorp of Western Pennsylvania — provides guidance on the use of merger price and other valuation methods in shareholder buyouts.

In 2014, Farmers & Merchants Bancorp of Western Pennsylvania (F&M) merged into NexTier. Prior to the merger, both parties were community banks located in Pennsylvania that were controlled by members of the same family. The stock-for-stock merger took place at a 2.17 exchange ratio that implicitly valued F&M at $83 per share and NexTier at $180 per share. The transaction price wasn’t the result of a “robust sale process.” In fact, no other bids for F&M were solicited.

Minority shareholders in F&M filed an appraisal rights claim, contending that their interests were worth $137.97 per share, approximately 66% above the deal price. F&M’s expert estimated that the fair value was $76.45 per share, almost 8% below the deal price.

Under Delaware law, fair value is “the going concern value of the enterprise as of the merger date exclusive of any element of value — such as the value of achieving expected synergies — from the accomplishment of the merger.” The court generally has significant discretion to use the valuation methods it deems appropriate in appraisal rights cases.

Here, the judge rejected the deal price and valuation estimates based on stock prices of comparable transactions involving community banks. Instead, it relied exclusively on the discounted net income method to value the shares at $91.90 each.

The court’s valuation was based on four inputs:

In many recent cases, the Delaware Chancery Court has relied on deal price as the best evidence of fair value. But, in Dunmire, the parties on both sides of the deal were commonly controlled, and the deal price did not result from “a competitive and fair auction, which followed a more-than-adequate sales process and involved broad dissemination of confidential information to a large number of prospective buyers.”

Deal price is an important indicator of fair value only if it’s the result of a reliable negotiation process that involves multiple, informed third-party bidders. In Dunmire, the court turned to other methods due to the lack of 1) a competitive bidding process and 2) independence between the parties.

Valuation experts can help shareholders analyze internal and external financial data during merger negotiations to achieve a fair price. Moreover, at trial, they can provide alternative analyses under the cost, market and income approaches that a judge may use during deliberations to evaluate the fairness of the deal price.