As the world enters its third full month of dealing with the latest coronavirus, markets contemplate the financial impact, as well as other implications.  The interdependency of the world economy has created a uniquely wide and deep potential impact related to the virus as CEO’s contemplate the employee, supply chain and customer consequences.  The depth of the effect of the virus began in the US as a potential disruption to the supply chain, but it is now threatening both supply and demand as it spreads across the world. 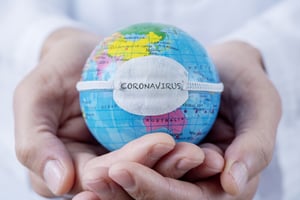 It’s obvious that the timing of the latest market decline is tied to the spread of the virus and the related contagion.  However, the interdependency of the world economy is also tethered to the market impact of the virus as manufacturers who previously delayed shifting their production for cost / benefit reasons are now being forced to execute alternative sourcing strategies.  The careful orchestration schedule of global manufacturers and suppliers is being disrupted as companies consider the logistical costs of shifting production.  Some of those costs include, but are not limited to:

1. Retooling costs
2. Labor associated with training
3. Transportation costs
4. Penalties for late delivery of product
5. Loss of customers and related revenue
6. Market perception of supply vulnerability to the shift in production

Placing these shifts in the context of real entities demonstrates the widespread impact of the coronavirus.  On February 23, 2020, the WSJ captured the impact of the virus across several industries1:

-With fears of contagion keeping Chinese workers home, production is getting pinched. In the U.S., General Motors Co. unions have warned that a lack of China-made parts could slow assembly lines at sport-utility vehicle plants in Michigan and Texas; the company said it is working to mitigate the risk. Elsewhere, the story is the same—even in places that might seem remote.


-Mostafiz Uddin, a bluejeans manufacturer in the southeastern Bangladeshi city of Chittagong, said he has been unable to fulfill an order for 100,000 women’s jeans because he can’t get the fabric he needs from China. “I am just waiting,” he said. “We have no option.”

-Hyundai Motor, after shutting some of its Chinese factories this month, suspended one of its main assembly lines in Ulsan, a big South Korean city, because it couldn’t get parts from China.

-Major electronics producers that depend on Chinese parts also have suspended output because of the outbreak. Others are weighing relocation. Japan’s exports to China are expected to drop 7% this quarter from the prior one, NLI Research Institute economist Taro Saito said. Videogame giant Nintendo said this month that some shipments of its flagship Switch gaming console are delayed as it can’t get parts from Chinese factories

-The impact is felt everywhere. Apple said it won’t meet revenue projections for the first quarter as the epidemic shuts its China plants. In Europe, container-ship operators are preparing profit warnings as dozens of trips out of China are canceled.

-A U.S. freeze on visitors from China is a blow to hotels and retailers that rely on their spending. Asian economies that have grown dependent on Chinese visitors and commerce are reeling. Singapore last week cut its annual GDP forecast to around 0.5%, down from 1.5%. Thailand estimates tourist arrivals could drop by 13% this year as Chinese are grounded.

There have been dozens of articles written discussing whether the reductions in supply and demand will result in insurance claims being made or pursued under various coverages.  While there is little doubt that financial losses will be sustained across many industries, the pursuit of insurance monies due to the impact of the virus is not uncharted territory with insurers.  The SARS, MERS and Ebola viruses posed similar threats to the global economy and the insurance industry has successfully navigated and adjudicated claims in this type of environment.

The insurance industry can expect the following triggering events to be referenced and invoked as follows:

Legal and coverage issues aside, the challenge with many claims will be segregating out the noise that will affect nearly all businesses in some way.  In fact, the virus’ effect will be part of the back-drop of a narrative for all claims whether the triggering event is cited as the current Coronavirus or other.  Companies will reference budgets and revenue targets, but given the breadth of the impact of the virus and its overlapping impact on both supply and demand, a close examination of revenue / cost expectations, absent a separate, non-virus related triggering event, will be critical.

Consider a manufacturing company that sustains a catastrophic fire that sources its raw material from China with a substantial portion of its customer base in Washington state.  Depending on the product that is being manufactured, the revenue projections used in a business interruption claim context would need to be examined and potentially modified up or down based on both the supply and demand impact of the virus on the local and broader economy.  Insureds and insurers alike will need to project revenue into an unknown economic environment.  Revenue projections may be increased or decreased depending on the planned goods manufactured, with payroll and underlying cost of goods sold dictating what levels of revenue are achievable.  An insured’s cost basis may have to be re-written versus using the traditional, historical cost approach that is common on most claims.

While there will be widespread impacts and virus related claims, the effect of the 2019 Coronavirus is likely to have a larger impact on claims where the referenced trigger is not the virus. For further information, contact us here.

This blog post was co-authored by Robert Hernandez, CPA, CFE 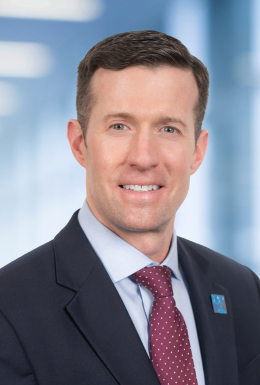