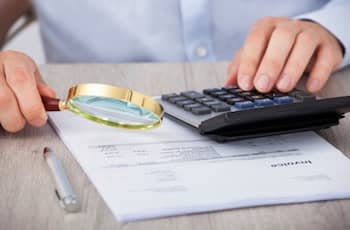 For the last 20 years, the Association of Certified Fraud Examiners (ACFE) has published a biennial study to raise awareness about occupational fraud. This article summarizes key findings from the 2016 Report to the Nations on Occupational Fraud and Abuse, including the costs and duration of fraud, common scams, and detection and prevention methods.

The ACFE estimates that the typical organization loses 5% of its revenues to fraud each year. In the 2016 report, the average loss per case was $2.7 million, and the median loss was $150,000. (The median loss is significantly lower than the average loss, which factors in outliers in the data set with much higher losses.)

The study found a correlation between duration and the costs of fraud: The longer a scam lasts, the more financial damage it generally causes. The ACFE reports that fraud schemes lasting more than five years caused a median loss of $850,000. The median loss for schemes continuing for six months or less was only $45,000.

Fraud can be classified into three basic categories:

Asset misappropriation. This form of occupational fraud occurred in 83.5% of cases studied in the latest ACFE report, although it resulted in the lowest median loss ($125,000).

Corruption. This category includes bribery and conflicts of interest. It occurred in 35.4% of cases and produced a median loss of $200,000.

In the 2016 ACFE study, 39.1% of the frauds were detected from tips by employees, customers, vendors and other outside parties. Other common detection methods include:

Hotlines can be an effective way to solicit fraud tips. The ACFE reports that the percentage of fraud cases detected via tips increased from 28.2% for organizations without hotlines to 47.3% for organizations with established reporting hotlines. The most common form of hotline was the telephone hotline (39.5%), followed by email (34.1%) and Web-based forms (23.5%).

These more visible antifraud controls serve a critical role in a strong internal control system: Regardless of their effectiveness in detecting fraud, they can be highly effective in deterring fraud.

Over the last 20 years, the ACFE’s biennial fraud report has raised awareness about the costs and duration of fraud, common schemes, and methods to detect and prevent fraud. We’ve highlighted just a few findings from the ACFE’s 92-page study. For more information, access the full report on the ACFE website or contact a certified forensic accounting expert.