Deciphering Microsoft on the Accounting, ERP or CRM Software Side

Microsoft’s branding in general and the “Dynamics” brand, in particular, has created a lot of confusion in the market. Frequently, I hear that a company is running “Dynamics” but that’s just a brand akin to hearing that a person drives a Toyota or Ford without providing the specific model let alone the myriad of factory or aftermarket options installed.

As these three evolved, they took on the year as the version. For example, Dynamics GP is currently marketed as Dynamics GP 2018.

That pattern held until recently when Microsoft began marketing its newer, more modern enterprise software products as Dynamics 365. Thus, the CRM solution was again renamed as Dynamics 365 CRM while the older, mature (some say legacy) products like GP and SL have not been granted the “365” in their names.

Not done yet, though, because Microsoft decided this year that Dynamics 365 CRM needed to be changed yet again and it is now called Dynamics 365 CE (Customer Engagement).

Shortly after acquiring Great Plains, Microsoft found that GP was not the platform for the coming e-commerce and internet explosion nor did it have the breadth or depth of features for sophisticated manufacturing or distribution companies. In 2002, Microsoft acquired Damgaard-Navision, a Danish software company, and its Axapta and Navision ERP and CRM software products.

As it had done with the Great Plains’ products, Microsoft renamed these two products Dynamics AX and Dynamics NAV creating the 3rd and 4th Dynamics ERP solutions along with its Dynamics CRM solution.

While sharing a common brand and owner, there was and still is today very little common among these Dynamics products. They have no more in common than a Ford F-150 has in common with a Ford Mustang.

Since the 2002 acquisition of Damgaard-Navision, the bulk of Microsoft’s ERP investment has gone into AX and NAV. These two have been Microsoft’s obvious “go-to-the-cloud” offerings.

To be sure, despite still sharing the Dynamics brand name, Microsoft’s ERP and CRM solutions remain five separate software “packages” with three now being pure-cloud offerings with bright futures and two being traditional, on premise solutions likely to be left out of the cloud world.

So, to summarize, these packages that are used by many have the following ancestry: 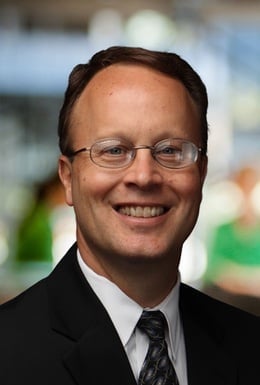 Scott Holter is the Director of Meaden & Moore’s Business Solutions Group. He has spent 20 plus years in manufacturing and technology consulting.