What Would the Republican Framework for Corporate Tax Reform Mean for Your Business? 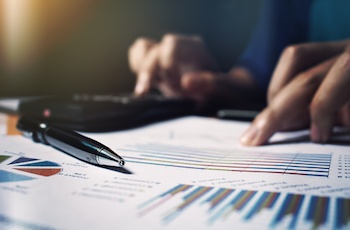 Corporate tax reform has been a hot topic for many months and it’s now beginning to be addressed in Washington in a little more (but not a lot more) detail. On September 27, the President and Republican congressional leaders released the nine-page “Unified Framework for Fixing Our Broken Tax Code,” which includes a framework for corporate tax reform. Many businesses and their owners are wondering how corporate tax reform could affect them. The framework is a bit sparse on details, but let’s shed some light on those it does include.

The framework would lower the federal income tax rate for profitable C corporations from the current 35% to 20%. However, many corporate tax breaks would be eliminated.

While a lower rate to be more competitive with other countries globally and the elimination of tax breaks to simplify the tax code may seem like laudable goals, that doesn’t mean they’ll garner universal support from American businesses.

For some companies, the 20% rate could be higher than the effective rate they’re currently paying after existing tax breaks are figured in. According to one U.S. Government Accountability Office report, for example, in some recent years profitable large U.S. corporations (generally those with at least $10 million in assets) paid, on average, federal income tax amounting to about 14% of the pretax net income reported in their financial statements. However, in some cases, low effective tax rates are achieved by keeping earnings offshore where they aren’t subject to U.S. taxes.

Partnerships, limited liability companies and S corporations are so-called “pass-through entities.” They pay no entity-level federal income tax. Instead, their taxable income, deductions and credits are passed through to their owners and taken into account on owner-level tax returns.

If the owners are individuals, the federal income tax rate on passed-through income can be up to 39.6% under current law. The 39.6% rate can also apply to income earned by small businesses that are operated as sole proprietorships. The vast majority of small and family-owned businesses are conducted using pass-through entities and sole proprietorships.

In general, the framework would tax business income earned by pass-through entities and sole proprietorships at a maximum federal rate of 25%, which could provide them significant tax savings. However, many pass-through entities currently benefit from some of the “corporate” tax breaks that would likely be eliminated under the framework. That could counter some of the tax savings from the 25% rate.

The framework notes that Congress will need to adopt measures to prevent wealthy individuals from using pass-through entities to recharacterize personal income into lower-taxed business income. The bottom line is that hard work will need to be done to make sure the tax rate structure for pass-through entities is fair in comparison to the corporate rate structure without introducing excessive complexity.

Under existing law, capital investments are generally depreciated over several years, though there are exceptions. For example, with the Section 179 deduction, businesses can elect to immediately write off assets up to a certain amount each year ($510,000 for tax years beginning in 2017, but subject to a phaseout if asset purchases for the year exceed $2.03 million; these amounts are indexed annually for inflation). And bonus depreciation allows an additional first-year depreciation deduction of 50% for qualifying assets placed in service in 2017. (The bonus depreciation rate is scheduled to drop to 40% for 2018 and 30% for 2019 and to expire on December 31, 2019.)

The framework would allow companies to immediately expense an unlimited amount of new depreciable assets, other than buildings. Because of the Sec. 179 deduction that is available under current law, expensing without limits would primarily benefit larger businesses.

It’s also important to keep in mind that, while immediate expensing reduces current-year taxes, it basically is just accelerating tax benefits that otherwise would be recognized in future years. So it generally doesn’t provide permanent tax savings. That said, expensing could improve after-tax cash flow in a meaningful way, and larger businesses would be enthusiastic about that.

The domestic production activities deduction and numerous other deductions, credits and special provisions would be repealed or cut back. Again, many businesses would still come out ahead because of lower tax rates, but some could actually find themselves paying more than they do under the current tax regime.

The framework would remove tax provisions that currently encourage companies to keep profits and jobs offshore. Under the current system, offshore earnings aren’t subject to U.S. taxes as long as they’re kept offshore, but domestic earnings are taxed at one of the highest rates in the world. So companies have an incentive to make their investments offshore and keep the related jobs offshore. Under the framework, there would be no federal income tax on future foreign profits that are repatriated (brought back) to the United States, and dividends paid by foreign subsidiaries to U.S. parents that own at least a 10% stake would be tax-free.

These proposed changes are intended to encourage companies to keep their earnings in the United States, which would result in more investments and job creation in this country. Of course, the U.S. Treasury would also benefit from a larger corporate tax base.

To transition to the new system, all accumulated untaxed offshore earnings would be immediately charged a one-time tax at a fixed and presumably low rate (perhaps 10%). A higher rate would apply to cash and liquid assets and a lower rate to offshore earnings tied up in nonliquid assets, such as factories. The bill for the one-time transition tax would be spread over several years.

This change is intended to encourage companies to bring back their accumulated offshore earnings, because they’d have to pay the one-time tax whether they did so or not. Therefore, this change, in conjunction with the new 0% U.S. tax rate on future repatriated earnings (explained earlier), could increase the pool of corporate funds kept in this country and thereby encourage domestic investments and job creation.

The framework also includes measures to prevent the “offshoring” of business profits to tax havens in the future by taxing the foreign profits of U.S. multinational corporations at a reduced rate and on a global basis. These provisions would apparently apply to foreign earnings that are not repatriated and would, if nothing else, at least increase the U.S. corporate tax base. If foreign earnings are brought back to the United States, there apparently would be no additional U.S. tax due thanks to the 0% tax rate on repatriated earnings.

In light of the various crises going on, it’s difficult to predict when Congress will begin filling in more details on exactly what corporate tax reform will include and whether such legislation will be signed into law this year. And Republicans will likely receive some pushback on certain proposed changes, not just from Democrats but also from the business community and even some members of their own party.

If you have questions about how you and your business could be affected, please contact us. We’ll be keeping a close eye on legislative developments and how they might affect our clients.