Public Accounting is full of surprises. Just ask those of us who are thigh deep in it, or the ones who have it up to 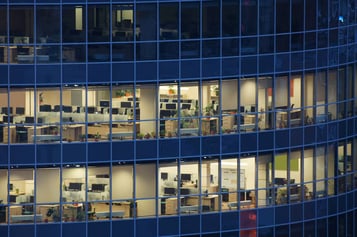 their chest. They’ll tell you.

The tax world has opened its door to me, and in fact, I’ve been working on them for three or so weeks now. And yes taxes are full of surprises, the first of which is that doing them is not as boring as most would think (including myself).

I dreaded the day I had to abandon my life on the road as an assurance junkie to step into the role of tax preparer. I counted down the days, gathered negative information from others about its shortcomings and inadequacies, and begged for assurance work from those higher up than me who still had a full plate. Yes I’ll admit it, I asked for more audit work in order to avoid learning how to prepare taxes. I’m not proud of it, but like anyone else, I was afraid to learn something new. I had just made my attempt at keeping my grip around the entity that is auditing, and with knuckles still red from the effort, I was told to grasp at a new straw: taxes. I’m glad for this.

My preconceived notions about taxes dominated my thoughts for the first few days of being back in the office. I was seeing the work through a lens that was blurred by pop-cultural views that taxes were the worst. Everyone seemed to hate paying them, filing them, and thinking about them. The word in-and-of-itself has a horrible connotation to it, denoting thought bubbles of cash being shredded when brought up in conversation. I sometimes picture a bank robber running out of a building with one of those burlap bags with the huge dollar signs imprinted on them in green, knowing that the money in the sack that was flying out of the top was my parents’, or quite recently, mine. After college I figured out that the robber actually had an IRS uniform on, and wore glasses.

After the first week of tax work, I felt similarly to how I felt after my first week of assurance: bewildered. The brain can only take in so much information in my experience, so the beginning was tough. Tax classes don’t really prepare you for the real deal, and I would never expect them to. It’s not something you can spend two hours, three days a week on and learn how to do properly. In fact, it’s not something you can spend 55-60 hours a week on and do properly, at least not until you have a few weeks scratched out on your prison wall.  But once you do start understanding things, and the big picture starts to get drawn in your mind, you get a weird sensation. You start to not mind it. And sometimes, you even like it. It’s pleasant to have a grasp on something everyone hates. I can’t explain the sensation, but knowing about them helps alleviate the fear that you once had of them. I would never call taxes my friend, but I can at least now refer to them as an acquaintance. I’ll still keep my distance, but I could see myself inviting them over for the New Year’s Eve party if you catch my drift.

Tying out numbers is a fun thing to do as an accountant. It’s a terrific feeling having a work-paper that matches all of your support and evidence. It plays into our basic human instinct to have everything be stable and comfortable. When things are chaotic we feel stressed as humans, but when the tide is out and the ocean is calm, we can relax and enjoy ourselves. Tax plays into this notion, at least as a preparer. You see, when all the return information hits your desk (virtually of course), and everything about the return is unorganized, there is a feeling of not having a proper grasp of things. We don’t know the answers, and heck, we don’t even know the problem. But once I start filling out the standard form and things start to tie out, the chaos begins to dissipate. As diagnostic after diagnostic gets cleared, and the routing sheet glimmers with perfection, the part of me that enjoys stability is enamored. He is happy that everything is right, and even more ecstatic that he was responsible for making it so. This is what makes preparing taxes and public accounting in general fun for me. You make things right that would otherwise be in trouble.

I want to take a turn and talk about busy season as a whole. A good thing that can be drawn from the difficulties faced during this particular busy season is the knowledge that I can experience something like this and come out unscathed at the end. Granted I’m not at the end yet, but the light at the end of the tunnel is shining brighter every day (so is the big yellow thing sitting lazily in the sky). In fact, today is the first day I’ve noticed a change in atmosphere at Meaden & Moore. Spirits seem higher, probably due to the end being in not just mine but everyone’s crosshairs. Now before I get too dramatic, I just want to say that busy season was not ridiculously strenuous and difficult. It was hard, but I don’t want to compare it to taking fire in the jagged cliffs of Afghanistan. But it was challenging enough to where I can say that I’ve gone through something that a lot of other people have not. And this is a good thing. I have a new layer of character encasing myself, a new set of demanding experiences that are forging me into my future self.  And so does everyone else. It’s like we all just added another ring to our professional tree.

The last topic I want to touch on is the idea of a team. Teams are created when they conquer something that could not be done if attempted alone. Busy season is that “something” for accountants. Working the longer hours, coming in on Saturdays, helping each other with questions, all helps create a team atmosphere. I don’t want to speak out of turn or sound naïve, but I do believe that you get a feeling of being part of a team during busy season. It may not feel like the team you had in high school or collegiate sports (or chess), but it’s a team nonetheless.

To end, I just want to thank everyone who has helped not just me, but everyone who came on board to M&M this year. I’d challenge anyone off the street to find someone within this organization who wouldn’t offer a helping hand to someone in need of assistance (let’s wait for the smoke up everyone’s rear end to dissipate before I proceed…..). No in all honesty, everyone was terrific and I can see why this firm has the reputation that it does. If Cleveland were our grandfather, a retired steel mill worker with a disdain for winning in football, he would be proud.