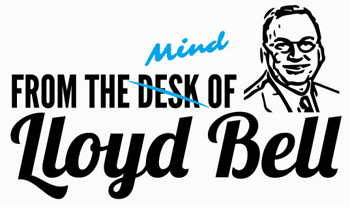 With the coming of spring also brings us the annual Private Capital Markets report from Pepperdine University’s Graziadio School of Business and Management. Hey…it’s not all about surf and sun in Malibu.

I wanted to highlight a few items from the 2016 survey as it relates to bank lending. First off, the fees that are being charged. Median fees for loan closings fell from 1% in their 2015 report to 0.5% in the current report. Commitment fees also fell from 1% to 0.5%. Before we get too excited, the 2015 report rounded the percentages off while the 2016 report takes it to tenths of a percent. So, the fees either dropped in 2016 or they remained unchanged but no longer rounded. Either way, closing and commitment fees are not going up.

Prepayment penalties, the bane of those who fail to read their loan documents, have come down a bit with year 1 penalties dropping from 3% to 2% while year 2 penalties remained unchanged at 2%.

How about personal guarantees, you ask? That’s a great question. In the 2015 report, lenders cited the need for guarantees for all loans under $5 million. In the 2016 report the figure drops to 95%. Lucky are the 5%ers.

Fixed charge coverage ratios saw a little loosening as well with the median ratio dropping from 1.2:1.0 to 1.1:1.0. I can’t say that I’ve seen any 1.1:1.0s recently, but this might be an indication that the credit folks aren’t anticipating a slowdown in the economy. My issue with a ratio that thin, however, is the sensitivity of interest rate increases to a borrower’s ability to service their debt (threshold be damned) if there is a 50-100 basis point increase in the coming year.

For those of you who’s borrowing is tied to collateral levels - more good news. The median advance rate on accounts receivable increased from 80% in 2015 to 85% in 2016. Inventory and equipment advance rates remained essentially unchanged.

There is much more to the report, but I wanted to highlight some of the salient points in lending. Now it’s time to read the surf report.