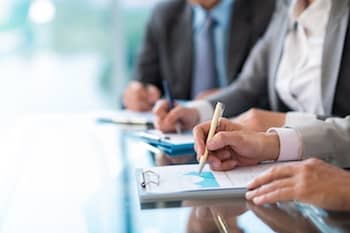 On Tuesday, November 22, 2016, Federal Judge Amos L. Mazzant of the United States District Court for the Eastern District of Texas issued his ruling in State of Nevada Et Al v. United States Department of Labor Et Al. In his Memorandum Opinion, Judge Mazzant ordered a nationwide injunction to the final overtime rule that was to have gone into effect on December 1, 2016.

The Department of Labor’s final overtime rule (as published as a Final Rule on May 23, 2016) (the “Final Overtime Rule”) mandated that as of December 1, 2016, all salaried workers, regardless of title or duties, would be eligible for overtime if they earn $47,476 or less. Previously, employees who earned at least $23,600 were not required to receive overtime if they qualified for the so-called “EAP exemption.” The EAP exemption exempts “any employee employed in a bona fide executive, administrative, or professional capacity” from both the minimum wage and overtime requirements of the Fair Labor Standards Act.

In September, 2016, Nevada and twenty other states (including Ohio) had sued the Department of Labor (“DOL”) to block the implementation of the Final Overtime Rule. A separate case brought against the DOL by over 50 business organizations was consolidated with the States’ case. The key issue in the consolidated case was whether the Final Overtime Rule requiring EAP employees to receive overtime if they make less than $47,476 was within the authority given the DOL by Congress to “define and delimit the EAP categories.” In his opinion, Judge Mazzant ruled that Congress had defined the EAP exemption with regard to duties, which do not include a minimum salary level, and that the DOL had exceeded its delegated authority by attempting to exclude employees from the EAP exemption irrespective of their job duties and responsibilities.

“We strongly disagree with the decision by the court, which has the effect of delaying a fair day’s pay for a long day’s work for millions of hardworking Americans. The department’s overtime rule is the result of a comprehensive, inclusive rulemaking process, and we remain confident in the legality of all aspects of the rule. We are currently considering all of our legal options.”

The Uncertain Future of the Final Overtime Rule

Given the proximity of December 1, 2016, many employers have already taken steps, such as raising salaries and/or converting salaried employees to hourly employees in anticipation of the Final Overtime Rule.  Employers should consult their ERISA attorney to discuss the impact of the preliminary injunction on their employment practices and the potential legal ramifications of rescinding salary increases and/or restoring the salaried status of employees who had been looking forward to overtime opportunities.