The challenge of locating missing participants for benefits due to them under a qualified retirement plan is nothing new.  However, an apparent new focus by auditors with the U.S. Department of Labor (DOL) regarding vested benefits under a defined benefit pension plan (DB) is making this challenge especially onerous and, potentially, costly.

The DOL has recently begun seeking out for audit inquiry those plans that have filed Form 5500s indicating large numbers of terminated vested participants.  The data included on the census file may be focused on demographic and historical payroll data in order to provide for accurate benefit payment calculations.  However, as time goes on, those components of the census may not change but mailing addresses can become obsolete very quickly after termination of employment and as time progresses beyond that date.

According to the DOL for audits that have been completed thus far, their findings will often be that there has been a breach of fiduciary duty under the Employee Retirement Income Security Act of 1974 (ERISA).  While there is no data yet to indicate assessment of monetary penalties, it is certainly within the DOL’s jurisdiction to enforce these kinds of penalties.

So, what can you as a plan sponsor do to help insulate your Plan (and its fiduciaries) from this potential liability?  Here are some suggestions: 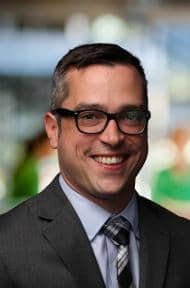