It’s the end of the year and the auditors are in the conference room auditing away on your year-end financials. You feel confident because you know you accrued for all open invoices in accounts payable. You even setup a new account for deferred revenue for the grant money you received that is to be used for your next fiscal year. All of a sudden, the Senior Auditor knocks on your door and says “Can we discuss this new deferred income account?” You’re happy to explain but then you’re not so happy to hear him say what you’ve done isn’t right.

The first principle we all learned is the matching principle; revenues and their related expenses should be recognized in the same period. The rules surrounding deferred revenue are different for not-for-profit organizations. The guidance states any money received and/or granted during the year should be recognized as revenue in that same year. Per ASC 958-605-25, contributions received shall be recognized as revenues or gains in the period received and as assets, decreases of liabilities, or expenses depending on the form of the benefits received.  If there is a restriction on when the money can be used (time restriction) or how the money can be used (specific purpose), the funds should be reported as temporarily restricted revenue until the restriction is met.

Here’s an example; say you received a $10,000 grant from your local community foundation in year-end 2013. The grant award specifies the money is to be used for operations in 2014. Your first instinct may be to report this income as deferred revenue.  Unfortunately, this wouldn’t be correct. Instead, you would recognize this as temporarily restricted revenue in 2013 due to the purpose restriction placed on this grant.

You may be asking yourself, “Does this principle apply to all the funds I receive as an organization?” The answer is “No”. This only applies to unearned income with time restrictions or restricted for a specific purpose (i.e. 2014 operating expenses).

This theory doesn’t apply to earned income such as fees charged for services provided. Any funds received today for a service that will be provided in the future should be recorded as deferred revenue until the service is performed and the revenue is earned.

I know, this seems a bit strange and seems like you’re not being conservative in your financial reporting. Remember, the public is more interested in knowing how much revenue you received rather than when you used it. When in doubt, contact us and we will be happy to help you.

Topics: Not For Profit 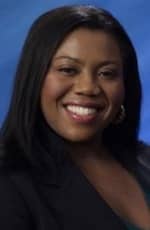 Kendra Williams is a Senior Manager with Meaden & Moore. In this role, Kendra assists in the planning of engagements, supervising staff, preparing financial statements and tax work, and working with clients to find solutions to problem areas, and developing ideas for growth. She works directly with numerous not-for-profit organizations performing both attestation and tax services. In addition to her not-for-profit experience, Kendra also conducts audits of 401(k) plans, pension plans and a wide variety of corporate engagements including manufacturing clients.