A Different Set of Accounting Rules for Private Companies

As we posted in our blog in December 2013 A Simplified Accounting Reporting Method Alternative for Private Companies, the American Institute of Certified Public Accountants (“AICPA”) issued a non-GAAP framework to help reduce the reporting requirements of small to midsize private companies. On the heels of the AICPA release, the Financial Accounting Standards Board (“FASB”), who establishes U.S. accounting and reporting standards, has recently approved and released two GAAP exceptions for private companies (ASU 2014-02 and ASU 2014-03) and is currently reviewing two additional proposals that are aimed to reduce the reporting burden of private companies. The exceptions were drafted by the Private Company Council (“PCC”) to provide alternatives to U.S. GAAP rule to address the needs of the users of private company financial statements while still producing accurate financial statements under generally accepted accounting principles. The two recently approved and released exceptions are effective for year ends beginning after December 15, 2014, with early adoption permitted.

There are two additional proposals that the PCC and FASB are currently reviewing that will streamline the financial reporting needs of private companies. One has to do with exempting companies from consolidating variable-interest entities (“VIE’s”) when there is a common control lease arrangement and the second relates to do with indentifying and recording a fewer number of intangible assets from business combinations.

For years, the management of private companies has cried out that certain accounting rules are too cumbersome for smaller, private companies. Over the past year, the FASB and AICPA have listened and released a number of accounting changes that are aimed to help the financial reporting process of small to midsize private companies. Which ones are right for your company? Call one of our professionals so we can discuss these changes with you and determine the best course of action. 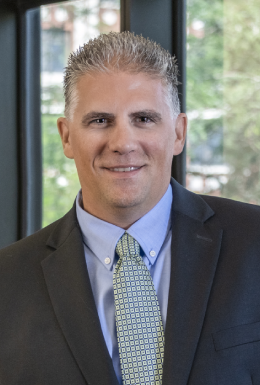 Carlo Berlingieri, with over 20 years of experience, is a Vice President in the Assurance and Employee Benefit Plan Groups.