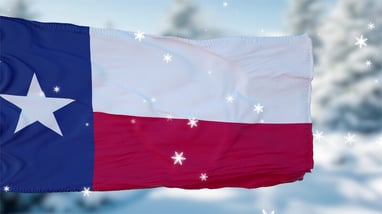 2020 was an extraordinary year, with the Covid-19 pandemic changing our personal and business lives in countless ways. In early 2021, vaccines were being administered, Covid-19 cases were declining, and a sense of optimism for a post-pandemic environment was exciting and refreshing news to individuals and businesses. Then came February 2021.

Texas and other neighboring states faced record-low temperatures, snow, and ice from multiple, severe winter storms. Roads were closed or impassable. Millions of people had no electricity for several days. City water systems were impacted and could not deliver water.

Frozen and burst pipes were a widespread issue, causing extensive damage to Texas homes and businesses. Many restaurants were impacted resulting in claims for both spoilage for lost perishable food products and business interruption loss due to physical damage and/or lack of utilities causing a suspension of operations for a period.

A common issue that we observed related to the interplay between spoilage claims and business interruption claims, where inventory was valued at selling price. As discussed in detail below, it’s essential to understand the overlap between these two claims and make adjustments in order to compensate the insured for the “actual loss sustained”.

Inventory losses can be insured under different policy valuations. Coverage options generally include the one of the following valuations:

With this coverage, the insurer effectively becomes the insured’s customer for the damaged inventory.

Business interruption insurance policy wording varies but is ultimately intended to cover the actual loss of business income sustained from the necessary suspension of operations, due to a covered cause of loss. The suspension is often caused by direct physical damage or loss to an insured property. Business interruption coverage is designed to indemnify the insured for financial losses during the loss period (“period of indemnity” or “period of restoration”) and to put the insured in the same financial position had no loss occurred, within the terms and conditions of the insurance policy.

The interplay between sales value of inventory and business interruption can be illustrated in the example below.

FOOD LLC submitted both a spoilage claim and a business interruption claim due to a burst pipe. FOOD LLC has spoilage coverage, and the valuation is at selling price less un-incurred costs. FOOD LLC was closed for five operating days (total suspension of operations) and submitted the following claims:

Because there is no specific wording in the policy providing guidance on the overlap of spoilage losses (valued at net selling price) and business interruption losses in the example above, an insured may contend the Scenario 1 valuation for the reasons included in TABLE 2 below.

However, there are counterarguments to Scenario 1’s valuation that suggest Scenario 2’s valuation is the appropriate calculation – See TABLE 3 below.

Selling price policy wording for a restaurant’s spoilage claim presents an additional intriguing discussion related to the valuation intent of the insurance policy. An example of a spoilage clause with a selling price valuation included in a policy may read as follows:

“We will determine the value of finished “perishable stock” in the event of loss at the selling price (as if no loss or damage had occurred) less discounts and expenses you would have otherwise had.”

Whereas perishable stock is often defined in policies, the word finished is often not defined. Per Merriam-Webster, finished is defined as “entirely done or brought to a completed state.” Generally finished goods or finished inventory refer to goods that have been completed by a manufacturing process or merchandise / product purchased in a completed form that is ready to be sold to customers. However, in the restaurant industry things are not so straightforward.

An insurer may argue that the majority of a restaurant’s food inventory is in a raw / unfinished state until the time the food is cooked, prepared and ready for customer consumption. This would likely result in these items being valued replacement cost and not net selling price. Obvious exceptions of food inventory not in a raw / unfinished state may include pre-packaged beverages, pastries/baked goods and ice cream.

The Texas Freeze caused a huge surge in claims from restaurants with both inventory spoilage and business interruption elements. A common issue we observed related to the interplay between inventory claims with inventory valuation at selling price and business interruption claims. As illustrated above, it’s essential to understand the overlap between these two claims and make adjustments in order to compensate the insured for the “actual loss sustained”. A further complication that we have observed relates to the categorization of inventory as either finished goods or raw product and the resulting implications for valuation. 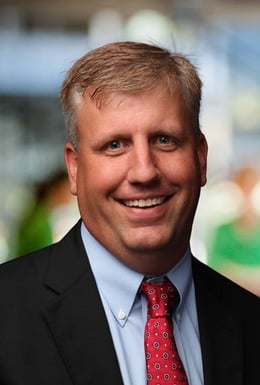 For the past two decades, Brad has provided forensic/investigative accounting services and litigation support to insurance claim professionals and attorneys. Brad has a CFE designation from the Association of Certified Fraud Examiners, whose members specialize in white-collar crime and fraud detection, prevention and deterrence.