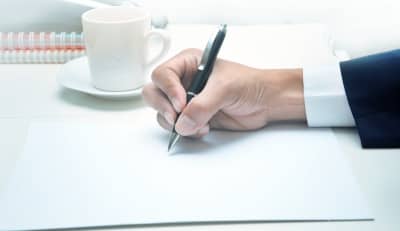 To begin this blog post, I’d first like to say that the right side of my brain has begun the process of deteriorating while the left side is becoming stronger and more agile than ever before. The creativity of this post may suffer from this process, so don’t expect Thoreau-like imaginativeness. I’m actually thinking about structuring my writing like a financial statement, having the left-brained ideas (debits) on one side and the right-brained ideas (credits) on the other. Structure, logic, and Excel tabs rule my pre-frontal cortex. There is no room for creative thinking in public accounting anyways, right?

If I’m going to be honest here then I will start off by saying that before I started working at Meaden & Moore, I was a little frightened by the prospect of a career in accounting. This is not to say that I didn’t enjoy the satisfaction of reconciling items and balancing accounts in my college days, but the stigma that accounting is a boring, rigid profession loomed in my thoughts, no matter how many actual accountants stated otherwise. I went as far as to google topics such as “how boring is a career in accounting” and “can creative people be accountants?” etc. I’m sure much of this is natural regardless of the profession, more pre-job nerves than actual anxieties, but at the time the questions seemed very pertinent and real to me.

Accounting was risky for me individually, which is paradoxical in the sense that an accounting career typically falls on the lower end of the risk spectrum. The overall perception I have observed from the general public is that we count beans, and there isn’t much more to it. Well I’m here to say that while we do pride ourselves in having our beans in a row, there is a lot more breathing room within this career choice than I had ever imagined. I may not be experiencing the spontaneity of it all just yet, but I can see it all around me.

Here is a disorganized list of my observations over the past few weeks:

As a brand-spankin’ new staff accountant, I am pretty useless without someone higher up than me either showing me how to do things or telling me to do things. As I progress, I hope that I will receive more of the latter and less of the former, but the dependency on higher-ups is undeniable. That’s just how it goes, and there is absolutely no way around it. From what I’ve seen, this is a knowledge-based job through and through. I’ve never had the saying “knowledge is power” ring so loudly in my eardrums to this date.

I’m sure someone in any profession can make this observation, and I’m not denying that they go through the same type of learning process, but there is a lot to learn in accounting. The good thing about diving in head first into this profession, is that the very air you breathe is riddled with floating numbers, much like the specks of dust that can be seen dancing around when the sun is shining in on a room just right. This atmosphere primes our membranes for osmosis, allowing us to gather knowledge just by being there. In simpler terms, you catch on to the lingo pretty quick. At least some of the lingo.

As far as the long hours and Saturdays spent working during the season go, I’m getting much more used to it. My body has finally come to terms with the reality of my situation: I will no longer sleep in till’ ten on weekdays. The average time I will be rising out of bed will be much earlier than the previous four years, and this isn’t going to change anytime soon (this is me speaking to my body). As I said, it’s gotten the message.

Referring to the spontaneity I spoke about earlier in this post, I want to paint the picture that I see every day as accurately as possible for those who have never found themselves in an accounting environment. To begin, I would like the first “brushstroke” to be an emphasis on the lack of aforementioned rigidity within the profession. You’d think it’s a 9 to 5, 8 to 6 busy season kind of job where you sit at your desk for most of the day with your eyes glued to the computer. Well there is some eye glue-ing, I won’t deny that, but the part about sitting at your desk all day is downright wrong. I can’t speak for the tax department on this one, but as an auditor I can say that every single week I’ve worked has been different than the last. Completely different. New faces, new environment, new clients, new GPS route, and new numbers. This kind of diversity allows one to pick up on many different skills that he or she would not have otherwise had they been stuck working with one client (which could be the company they work for).

So as I take a step back after finishing the last paragraph and ask myself what is the purpose of my writing these blog posts about public accounting, I begin to think in terms of how starting a career in this profession is unique when compared to starting work in any other field. Seeing as how this is the ONLY field I’ve started in, my opinion is completely biased.

Accounting has honestly helped me with the left side of my brain, which for those who don’t know is the side of the brain that deals with logic. As I said in my first post, during the first few weeks I would leave a client with my brain feeling like mush. This happens to a much lesser degree nowadays, and I attribute that to the strengthening of my ability to deal with structure and logic. Accounting is an overall workout for the detail-oriented side of a person. One needs to have a grasp on the minutia in accounting and if you don’t, by way of human adaptation, you will eventually. How? By making mistakes and learning from them. There is no better way to learn to tie something out to the G/L than to have a workpaper you completed that doesn’t.

In a much broader scope, paying attention to detail and ensuring that everything is clean and well-prepared is a skill that translates to all things. Another massive positive that I’ve come across these past two months.

As far as the people-side of public accounting is concerned, I’ve come to learn that the atmosphere you surround yourself with is very important to your overall state of mind and comfortability levels. With this being said, the people that I work with play a major role in forming said atmosphere. Thankfully, this equation has worked for me so far, as I’ve had the pleasure to work with some really nice, knowledgeable people who set a great example for how to conduct myself in the audit arena. Which debunks yet another accounting stereotype: accountants are boring, introverted people. As far as I’m concerned, it would actually be quite difficult to be an introverted auditor seeing as how communication with not only the client but your team is crucial. To address the other part of the stereotype, Forrest Gump would say, “boring is as boring does,” so depending on how you feel about the work you’re doing will determine if you’re boring or not.

Thanks for reading and I’ll be back with another one after I get a few weeks of tax work under my belt.

Image courtesy of khunaspix via FreeDigitalPhotos.net