Growth in the Solar Power Industry 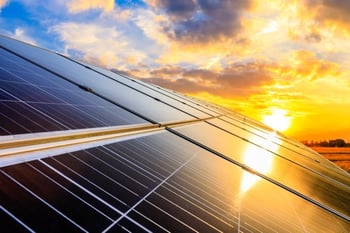 Solar power has been hailed as one of the key technologies to combat climate change, and the industry has enjoyed considerable growth in recent years. From 2016 to 2021, the US solar power industry revenue grew by 21.8% annually, and the industry is expected to grow an additional 11% annually from 2021 to 2026. This growth is driven by many factors, including favorable government legislation, the decline in the price of solar panels, and rises in innovative financing mechanisms.

Whether the insured is a solar farm, or a business that leases solar panels, understanding the way solar businesses operate is integral to accurately measuring the business interruption loss. In addition, having a working understanding of the nomenclature and acronyms involved in the industry typically assists in both measuring and coming to an agreement on the amount of the business interruption loss sustained.

One of the biggest contributors to solar industry growth relates to the introduction of government incentives available to utility companies for meeting renewable portfolio standards (RPS). These are targets based on the percentage of a utility company’s total energy portfolio being generated by renewable sources. For example, California requires 50% of its generated energy to be renewable by 2030. There are also penalties for violating these standards. The standards and penalties vary from state to state. In addition, the federal Investment Tax Credit (ITC) was introduced in 2006 and extended in 2016. It enabled solar power operators to write off 30% of the taxes associated with building plants through 2019.

Over the next five years, it is expected that more states will introduce or expand renewable energy targets with specific requirements for solar power.

There are many different types of businesses related to the solar industry. Two of the key businesses we often encounter include:

Solar farms are a large collection of photovoltaic (PV) solar panels that absorb energy from the sun and convert it into electricity. That electricity is then sent to the power grid for distribution. According to the U.S. Energy Information Administration, the United States has over 2,500 utility-scale PV electricity generating facilities. In 2021, the U.S. Department of Energy reported that eleven states generated more than 5% of their electricity from solar power, with California leading the way at 24.3%.

The company that owns the panels generates revenue based on the actual electricity generated in kilowatt-hours (kWh) sold to the power grid, as well as the sale of solar renewable energy credits (SRECs). A single SREC is generated for every megawatt-hour (MWh) of electricity produced and, is effectively a certification that the electricity was generated from solar panels. SREC’s are typically sold to electricity suppliers that need to meet their solar renewable portfolio standard requirements.

Solar panel leasing businesses lease out solar panels to residential homeowners and commercial businesses. Typically, the customers collect the net metering credits (kWh generated vs. used by the customer), and the business that installs the units generates revenue based on a monthly lease fee to the lessee (homeowner/business).

Solar farms are commonly impacted by both natural disasters and mechanical failures. Coverage complications can arise when damage occurs to the transmission line connecting the solar panels to the grid, rather than damage to the solar panels themselves.

Where coverage is afforded under the insurance policy, it is necessary to identify the impacted revenue streams. As noted above, we typically see two categories of revenue:

When projecting revenue, it is important to consider the seasonality of the energy generation in projecting kWh generated. Depending on where the solar farm is located, the impact of seasonality may or may not be material. Other factors that impact generation are weather, time of day, and section of the solar array. If only a portion of the panels are impacted, it is important to request both the power generation history for those panels, and, also for panels that are closest in proximity, to analyze the impact of these factors on projected energy generation.

Interestingly, NU Property Casualty 360 reported that one of the leading U.S. power generation companies, recently obtained insurance to hedge against cloudy weather. The insurance is known as a “solar-revenue put” that effectively guarantees a minimum level of revenue for the solar farm and is backed by Swiss Re.

During an analysis of the business operations after a loss incident, the saved expenses relate to the variable operating and maintenance expenses that are not incurred during the loss period. Once a solar farm is installed, most of the expenses incurred by the business are fixed in nature. These would include insurance, land leases, loan interest, depreciation, and property taxes. There are typically low variable costs to operate and maintain the solar panels.

However, it is possible that certain expenses such as the land lease mentioned above may be set up like a royalty fee and charged as a percentage of revenue generated. If that is the case, the land lease should be reviewed to determine if the expense will continue or not based on the loss.

For a business that leases solar panels to others, the primary revenue source relates to lease payments received from lessees. Depending on the agreement, a portion of the electricity generated might be paid to the lessors (the business that owns the panels). Both revenue sources may be impacted if the solar system goes offline, and the solar panels do not generate electricity.

Similar to solar farms, for these types of losses, there are typically low variable cost savings. These could include maintenance expenses that are not incurred during the loss period. However, depending on the contractual agreements in place, the lessee may be responsible for maintenance expenses, meaning the insured would not experience any savings.

The solar industry has seen rapid growth in recent years, and will no doubt continue to grow as the world’s major economies look to sustainable energy generation options in the fight against climate change. Understanding the way solar businesses operate and understanding the industry nomenclature is essential to accurately measuring the business interruption loss.

This article was co-authored by  Tylar Hawkins, Vice President Investigative Accounting and Litigation Support, CPA. Since joining Meaden & Moore in 2001, Tylar has dedicated his career to providing investigative (forensic) accounting services to the insurance industry and for litigation support. 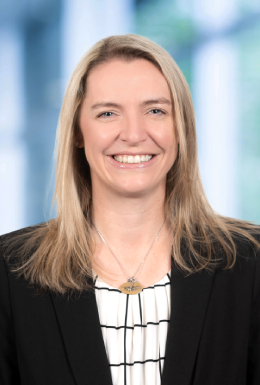